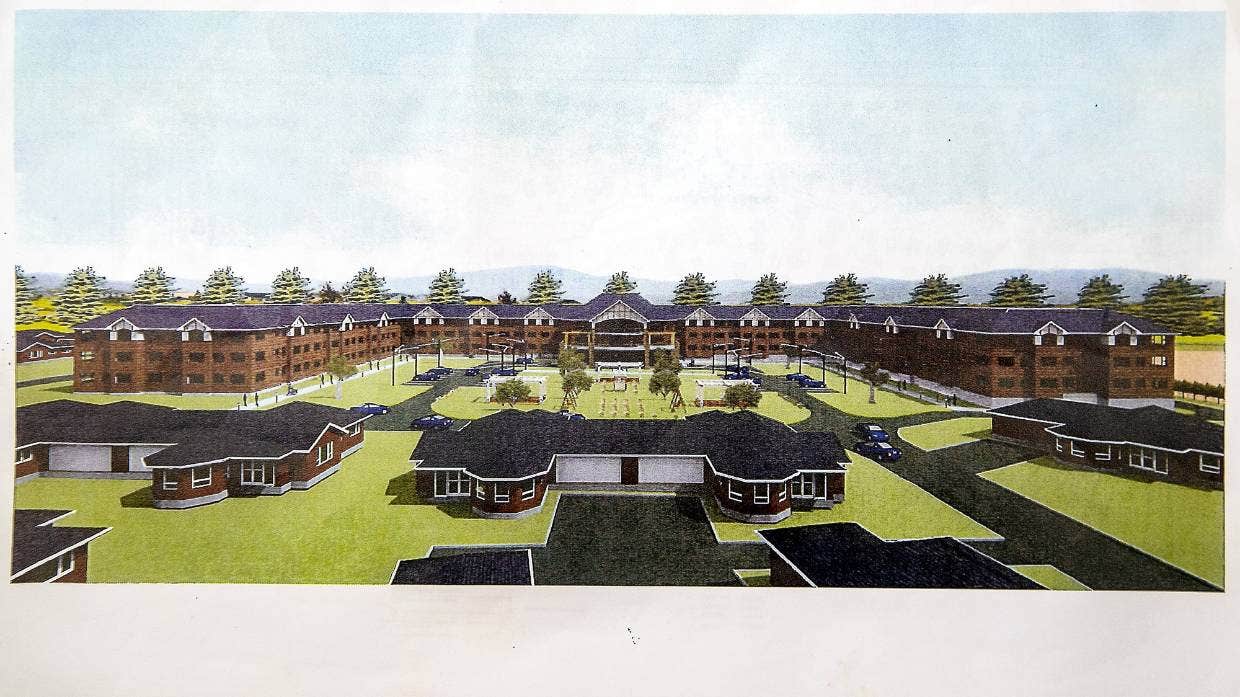 A retirement village in rural Horowhenua is defending plans to build a three-storey apartment complex, confident its benefits outweigh the concerns of one neighbour.

Speldhurst Country Estate on Kimberley Rd, which opened in 2016 with a vision to build over 500 homes across its 47 hectares, five kilometres south of Levin, is seeking resource consent to build a 144-apartment complex.

At 150-metres wide and 16.1m high, the proposed expansion was too large for neighbour Alexis Hanson, who has opposed the resource consent application, fearful the complex will impinge on her rural lifestyle.

But Speldhurst Lifestyle Village manager Fiona McGregor said the three-storey design reflected the high demand for one and two-bedroom apartments among retirees. 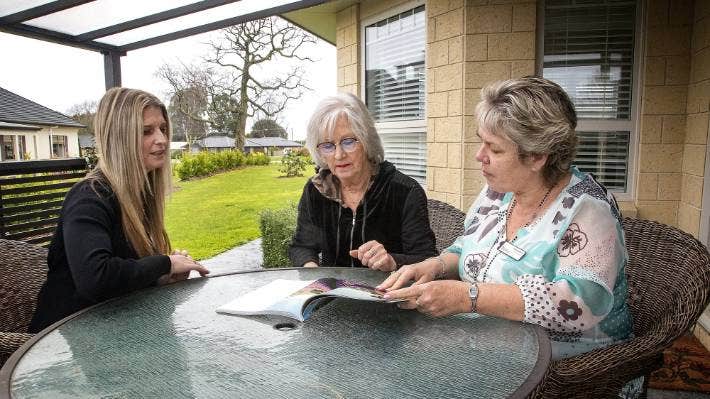 Speldhurst, which required residents to be 60 years old or over, provided independent living. The proposed apartment building would allow people to stay in the community if their health declined.

Presently residents had to move to another facility, which could be out of the region, if they needed additional services, separating couples and ill people from friends, she said.

The apartments would provide assisted living where residents could pick and choose the services they needed, such as meals and nurse care. The fees would reflect the services provided, and McGregor was confident the flats would be snapped up swiftly. 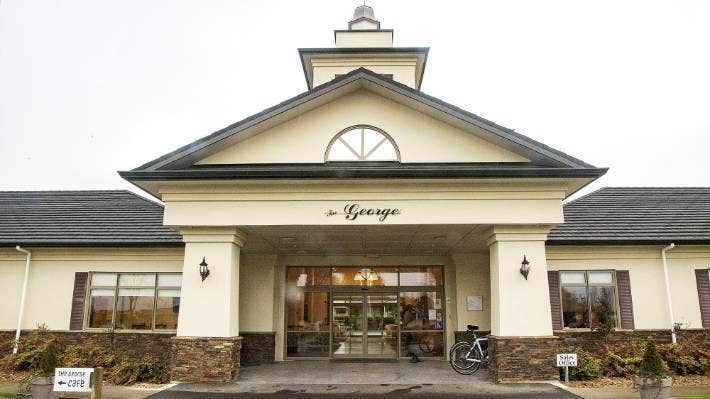 The rural community of Ōhau, near Levin, is home to the sprawling Speldhurst Country Estate.

A derelict building, a relic from when the site was home to the Kimberley Centre, would be turned into a wing with hospital facilities for 100 people, including 10 beds for people with dementia.

Speldhurst is owned by property developer and Horowhenua district councillor Wayne Bishop. He has refused to comment on the project while the resource consent process is ongoing.

In the application, he said there was a shortage of one and two-bedroom accommodation for elderly who were looking to downsize, and the village would free up housing in the district for other people. 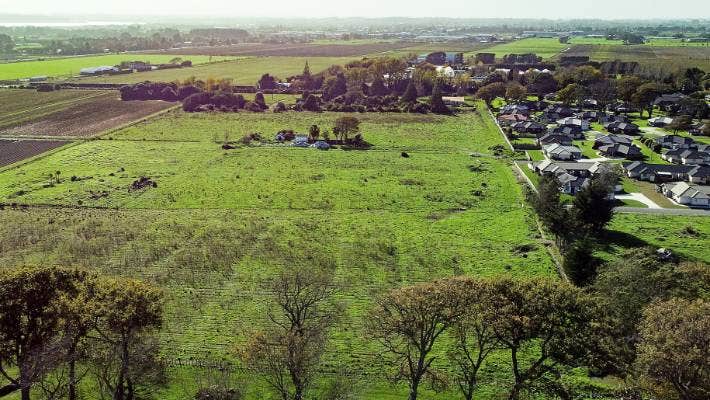 The land where the apartment complex is to be built in the Speldhurst Country Estate.

Alexis Hanson owns four hectares on Speldhurst’s southern boundary, and the height of the apartment building, which would be 30-metres from the boundary, is a bone of contention.

She had lived at the McLeavey Rd property for 48 years and never expected such a structure to be built next door.

Though her house was several hundred metres from the southern boundary, she believed the building would block her view and encroach on her enjoyment of rural life.

“Surely the Horowhenua District Council regulations are in place to safeguard people like myself from overzealous property developers.”

She had no objection to a single-storey building on her boundary. 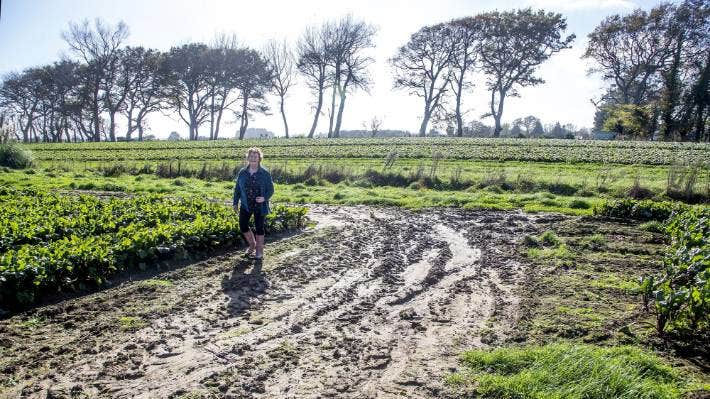 Alexis Hanson is concerned about apartment block planned for the boundary of her rural property.

The resource consent application for the complex was withdrawn after Hanson aired her concerns to Stuff in early June, and later resubmitted. The council would not release details of the new application as it was pending new information.

An earlier draft for the application had included plans and models for four storeys, but this was reduced to three after being considered bulky in pre-application meetings.

The withdrawn application stated the apartment building would be set back 325m from Kimberley Rd, and the visual impact from the road would be minimal.

Two other neighbours affected by the proposed development have granted their consent. 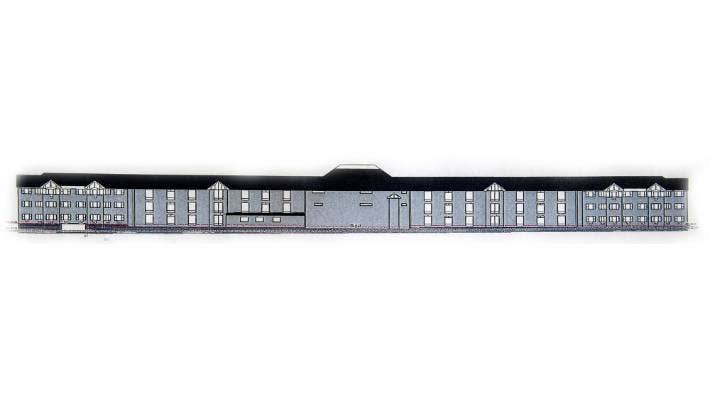 A concept design for the apartment building, which would be 150-metres wide.